Click here to read the January Insight as a PDF

With the price of oil hitting new multi-year lows in 2016, and with gas and coal prices sagging too, confidence in many renewables has suffered. For all businesses there certainly can be a temptation to refocus on fossil fuel-based solutions.

The UK government’s retrenchment on renewable energy subsidies has further darkened the mood in Britain.

On the other hand, many institutions, from the International Energy Agency to Britain’s Chatham House policy think tank insist that the renewables’ glass should be seen as half full rather than half empty.

Low fossil fuel prices are not simply good news for these sectors and bad for everyone else, but create severe risks and uncertainty for fossil fuel industries too, including abandonment or scaling back of new reserve development, say many experts.

Oil, which has seen the most dramatic price falls, is not a direct competitor to many renewables, including the waste and bioenergy sectors, except perhaps in the biofuels for transport field.

Developing countries which according to the IEA are still providing $550bn per year in subsidies for fossil fuels are likely to use this window of opportunity to withdraw support, keeping consumer prices higher than they would otherwise be, though admittedly this will not directly affect European countries.

The big policy picture is that governments have just redoubled their commitment to decarbonising the global economy at the Paris climate change conference. Twinned with continuing falls in the costs of many renewable as technologies improve and scale increases, this means that renewables can substantially ride out the current, and possibly short-term, trough in oil prices.

Bodies in the waste and bioenergy sectors have also been echoing some of these insights.

Wood pellet trade association Propellets Austria said this month that it was a misconception that the price of wood pellet followed that of oil. The association claims developments in recent years shows this is not the case. 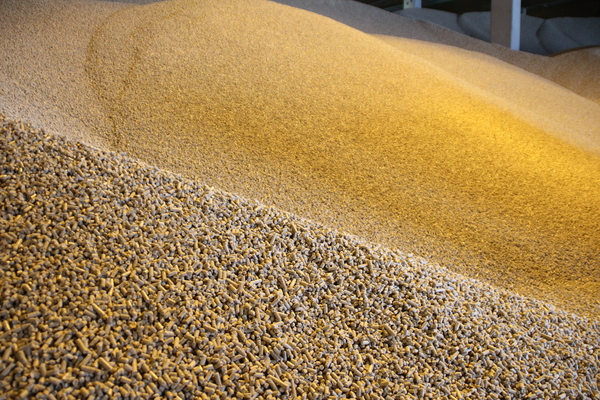 It said: "While the cost of heating oil is subjected to extreme fluctuations, the cost of pellets remains largely stable. The average pellet price in 2012, adjusted for inflation, is lower than in 2002."

He said: "In no way should people be making long term energy decisions on the basis of current energy prices – probably the reverse. When oil is £1.20 per litre customers will be jolly glad they installed a biomass system and are benefiting from Renewable Heat Incentive (RHI) income as well."

Bacon says the current drop in oil prices will be "short-lived" and prices would rise in the medium-term. He further backed biomass as a long term solution adding that support under the UK’s RHI offered a price tariff fixed for 20 years and also index-linked for commercial users.

Despite such determination and optimism, there are signs of strain in the waste and bioenergy world, particularly in the biofuels sector, which we cover in our market review.

A clear picture emerged in January that low oil prices and lack of government support are causing particular difficulties in the biofuels sector.

Denmark-based Novozymes, in its 2015 financial-results, said the bioenergy market remained its most challenging sector. The company, which is mainly involved in converting biomass into cellulosic ethanol, expects a further fall in bioenergy sales this year.

While the company cited falling crude oil prices as a factor it also said a lack of government support, across all European markets, was impacting on the growth of the sector.

Novozymes is also partnered with Maabjerg Bioenergy and DONG Energy to develop a second-generation bioethanol plant in Holstebro. The businesses also revealed in January they expected to hear by March if the Danish government would make a recommendation on setting levels of 2G bioethanol to be blended with petrol.

The three currently plans a DKK2bn (€294m) bioethanol facility and have secured support worth DKK293m (€39m) from the European Union.

Advanced biofuels will continue to cost much more than conventional biofuels and fossil fuels without long-term policy support, consultancy Ecofys for the European Climate Foundation warned this month.

The ‘carbon abatement cost’ – the price of replacing one tonne of fossil fuel petrol or diesel with the equivalent energy from advanced biofuels – may range from €164 per tonne of CO2 for cellulosic ethanol to €494/tCO2 for hydrotreated pyrolysis oil, according to Ecofys’ report.

Currently, advanced biofuels only make up 1% of the EU’s fuel mix and there is little policy incentive for development under the terms of the EU’s weak biofuels reform, Ecofys said.

British Airways this month shelved its GreenSky waste-to-biofuel project due to a lack of government support and falling oil prices. The plan involved construction of a plant in Thurrock, Essex. The GreenSky plant would have processed some 575,000 tonnes of residual waste into 120,000 tonnes of liquid fuels and 40MW of electricity each year. 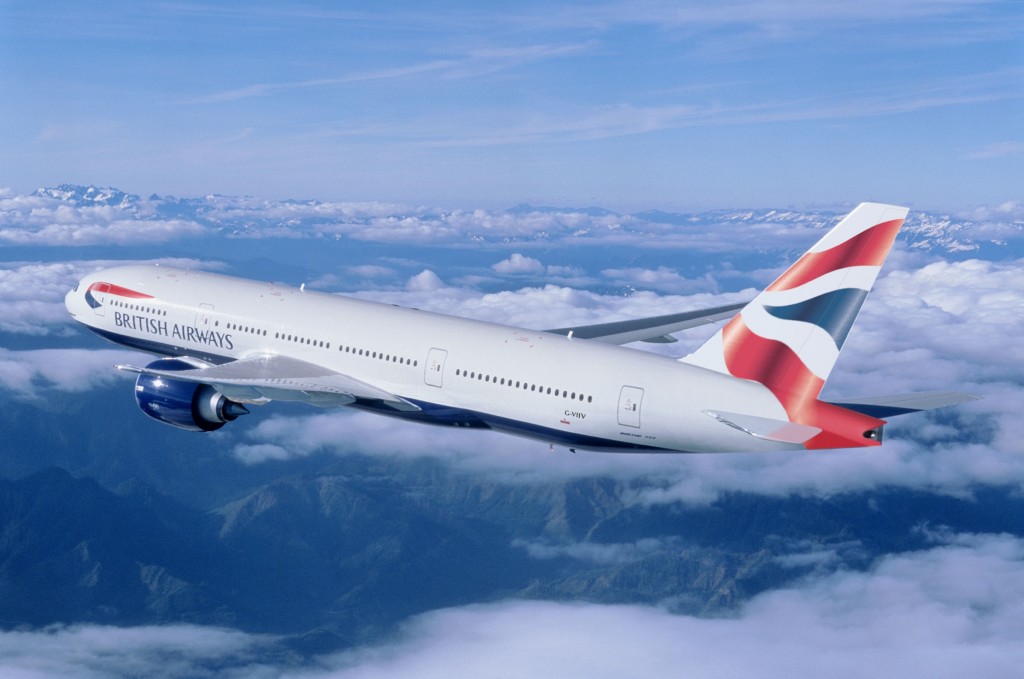 Meanwhile, Spanish renewable business Abengoa is seeking buyers for its bioenergy division with a €1bn price tag placed on the business. The company revealed it was facing financial problems late last year. It blamed past over-aggressive growth for leaving it in financial difficulties.

Abengoa owns and operates a number of bioenergy and biofuel facilities in Europe and around the globe. It also has contracts to build what would be the world’s largest and second largest biomass-fired plants in the UK for MGT Teesside and Belgium with Belgian Eco Energy (BEE). The plants have planned capacities of 299MWe and 215MWe respectively. 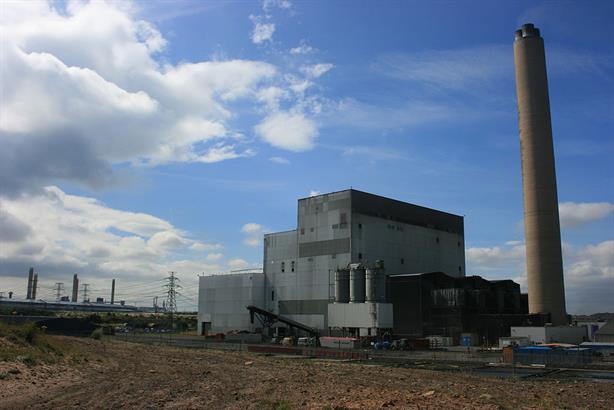 Italy’s A2A announced it is finalising a deal to buy the Linea Group, a rival utility active in the EfW, biomass and biogas sectors. A2A had a bid for a 51% controlling stake in the business accepted, although neither firm disclosed financial aspects of the deal.

MVV Energie and AVR Energie announced plans to work together to develop a biomethane producing facility. The pair have formed the joint venture AVR BioGas. The new business will be owned 49% by MVV and 51% by AVR.

The pair’s first biomethane facility will be built in Sinsheim at a cost between €25m and €28m. The facility will take one and half years to build, with construction due to start in the third quarter of 2017.

Stryn Fjernvarme, owner of a 1.5MWth woodchip-fired heating plant, announced that it is insolvent. However, up to five businesses are interested in taking over the company, according to administrators.

Shanks revealed its Wakefield contract is now up and running after sub-contractor Imtech entered the insolvency process last year, delaying the project. Part of the contract involved the delivery of a residual waste treatment facility at South Kirkby, which is due to process up to 230,000 tonnes per annum of municipal solid waste, turning some into RDF.

In March last year, Shanks committed to supply 200,000 tonnes per year of RDF to Ferrybridge Multifuel 1 (FM1), which is located close to its South Kirkby facility.

Foresight backed a fourth Northern Ireland-based biogas plant. The investment fund revealed it would put £3.9m (€5.1m) into the plant in Newtownards to the west of Belfast. It is expected to be commissioned and operational by October 2016.

The facility will be known as Bowtown AD and will have a capacity of 0.5We generating about 3,600MWh of electricity per year. The plant will process 18,000tpa of feedstock, including grass silage, cattle slurry and chicken litter.

Norwegian engineering firm Aker Solutions in January began a five-month trial to show the benefits of its carbon capture and storage (CCS) system (pictured below) at an EfW plant. 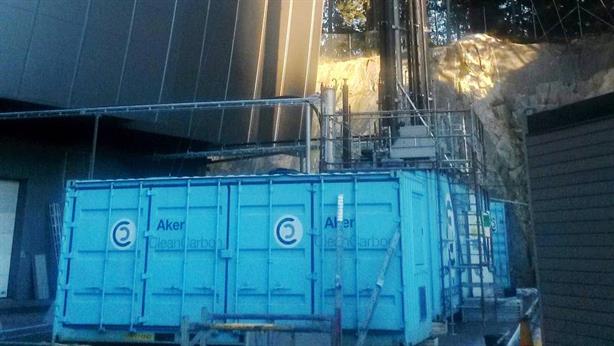 The business announced on 25 January, it would install the equipment on the municipality-operated 415,000 tonner per year Klemetsrud EfW plant in Oslo.

Aker Solutions says the project is the first of its kind globally for an EfW plant and comes after it signed a contract with Oslo’s city government in December. It also says that if successful, the project could help cut EfW-sector emissions globally.

A consultation was run in January over plans to increase the capacity of the proposed Levenseat gasification plant, which is being developed by Levenseat Renewable Energy, in Scotland from 150,000t/yr to 400,000t/yr. Scottish environment watchdog SEPA will decide whether to grant the changes to the facility’s existing PCC permit.

When it was announced in March last year, the Green Investment Bank-backed facility was hailed as a first of a kind, as it will be the UK’s first fluidised bed gasification facility fired on refuse-derived fuel.

Nottingham City Council approved plans to almost double the capacity of an EfW plant owned by FCC Environment. On 21 January, the local authority backed proposals to increase the Eastcroft facility’s capacity by 140,000 tonnes by adding a third line with a new boiler and grate system.

The plant currently has two lines and can process up to 170,000 tonnes per year, but was designed with the intention to expand when it opened in 1998.

Work is currently under way on adding a steam turbine at Attero’s Moerdijk EfW plant. Kraftanlagen München (KAM) is the general contractor for the project which will start generating electricity from process steam created by the third quarter of 2017.

A consignment of radioactive waste was prevented from being processed by ProNatura’s Bydgoszcz EfW plant when it was detected by emergency systems. Deliveries to the plant were briefly halted, but the site continued to operate on waste already stored in its bunker. The plant has since resumed normal operations.

One of three potential designs for the Olsztyn EfW plant was been selected after an open poll saw it get more than 1,000 votes over its nearest rival. The design, known as "concept three", was created by Architektoniczne Maciej Powazka.

Krakowski Holding Komunalny, developers of a two-line waste recovery plant in Krakow, confirmed waste for the facility will be sourced only from within the municipality of Krakow. The facility will have two lines capable of processing more than 14 tonnes of waste per hour each. It is predicting to generate 65,000MWh of electricity and 280,000MWh of heat every year.

Indaver lodged a formal planning application with An Bord Pleanála to develop a 240,000 tonnes per annum EfW facility in Ringaskiddy, Ireland. The build is valued at €160m and is the type of strategic infrastructure "Ireland needs", according to the company who failed in a bid to get planning consent for a similar facility in 2011.

Drax (pictured below) revealed it is now producing more electricity from compressed wood pellets than coal. The power station tweeted the news on 13 January. Drax has six boilers, the first was converted from coal in Q2 2013. 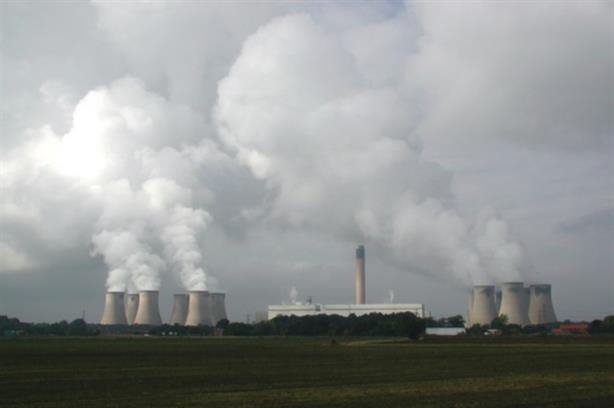 From May 2014, a second ran as an enhanced co-firing unit burning at least 85% biomass, it was fully converted in the Q4 2014. A third unit is expected to be converted, but faces an EU probe over funding. Drax is also evaluating converting a fourth unit to biomass

Work is now underway on a new EfW plant in the city of Tromsø. Kvitebjørn Varme is developing the plant for the city, in the north of the country and It hopes to have it operational by spring 2017.

The plant, which will be located in Skattøra within the Arctic Circle, will process around 55,000 tonnes of waste a year and produce about 70GWh of heat per year.