To read this report as a PDF click  here

Raft of UK waste projects in the balance

More than 100MWe of planned UK waste-to-energy capacity remains in the balance as projects have still not met interim requirements for gaining contracts for difference (CfD) subsidies before deadlines falling before the end of March.

The Low Carbon Contracts Company (LCCC) says three waste processing projects that have been awarded CfD cash in its first allocation in February last year, should still meet their project markers, but has declined to confirm what dates the outstanding facilities are working too.

To achieve the markers, projects have to have paid out at least 10% of planned capital expenditure or have substantive contracts in place to buy equipment or deliver power to the grid.

Two of the projects that have not met their targets as of 24 March are the 49.75MWe Wren Power and Pulp plant and the 45MWe K3 CHP Facility, both of which are traditional EfW plants.

The third plant, the 25MWe Energy Works (Hull) (pictured below), is an advanced conversion technology (ACT) facility. This project received the joint highest strike price of all schemes awarded CfD funding in its allocation round. 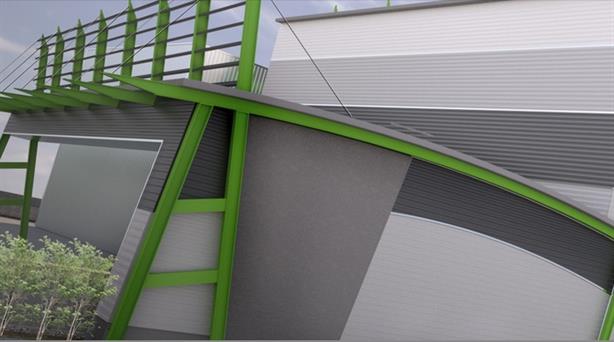 From 2017/18 it would eligible for a strike price of £119.89/MWh, the much smaller 11MWe Enviroparks Hirwaun Generation Site which has met its markers, also has the same strike price.

Putting the strike price in context, also under the CfD, Drax’s third boiler conversion was awarded a strike price of £100MWh, while the planned Hinkley Point C has initial strike price of £92.50/MWh reduced to £89.50/MWh if the proposed Sizewell plant goes ahead. However, these are different CfD funding pots.

While the strike price dwarfs anything offered to an individual wind project in the same pot as the waste projects under the CfD, the potential lost capacity would be more than made up for by the wind power. Although, many of those projects have also not confirmed passing markers.

Should any of the schemes fail it would be major blow to the first round of CfD funding, which was heralded by the government as one of the first parts of its electricity markets reforms programme, aimed at incentivising renewable energy generation.

Statistics from the German Energy Wood and Pellet Association (DEPV) have shown that a price advantage for heating oil that has opened up since the collapse in the global price of oil has started to narrow again, falling to just 9% this month. 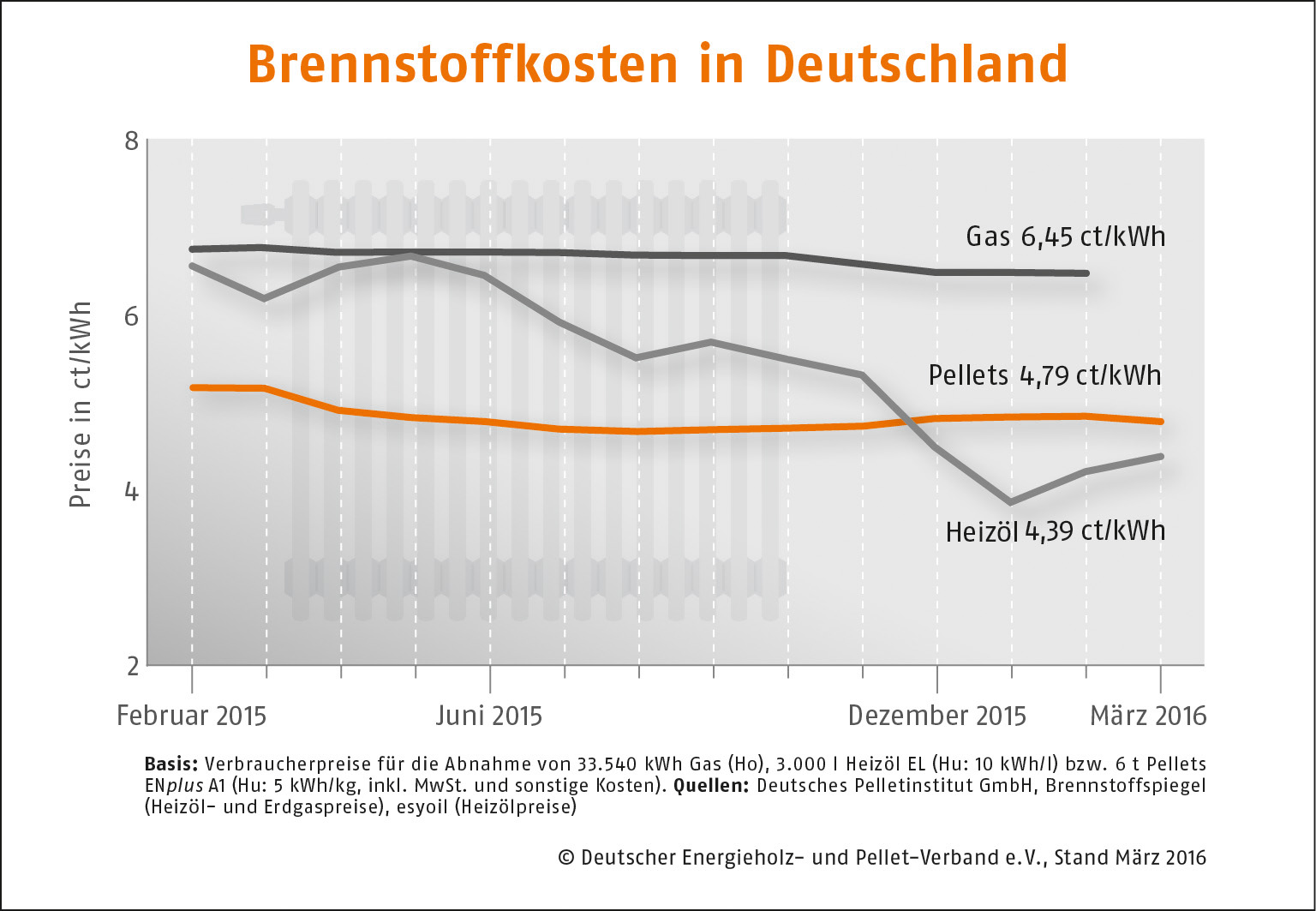 But on the German market, pellets are still 25% better value than natural gas, DEPV says. Germany is Europe’s leading wood pellet producing country, turning out about 2.2m tonnes per year.

Oil prices have been rising steadily since the turn of the year. DEPV believes that pellets could become cheaper than oil within months if prices continue their current trajectories.

An international voluntary deal was signed aimed at creating a North Sea market for waste materials left behind after energy recovery. The North Sea Resource Roundabout (NSRR) deal brought together international protocols from France, Flanders, the UK and the Netherlands.

Proposed increases in Czech landfill charges will lead to more waste being sent for energy recovery rather than for recycling, according to the Czech Waste Management Association (CAOH). The trade body said new rules, due in 2018, will eventually see the price to landfill a tonne of waste rising from CZK 500 (€18.4) to CZK 1,850 (€68.3).

Iceland lags behind on energy recovery and landfill diversion, the country’s National Audit Office reported. Policies are too focused on waste prevention, rather than treatment, it said.

Use of alternative fuels in the European cement industry has grown despite and not because of the European Union’s flagship climate change policy the Emissions Trading Scheme (ETS), environmental group Sandbag claimed. A report published by the NGO was branded "factually wrong" by trade association CEMBUREAU.

UK bioenergy association ADBA called on the government to allocate at least £25m (€32m) towards biogas and its related industries. The money would boost the potential export value of UK anaerobic digestion technology, which could be worth more than £2bn per year for the next decade, it said, compared with current levels of under £100m. 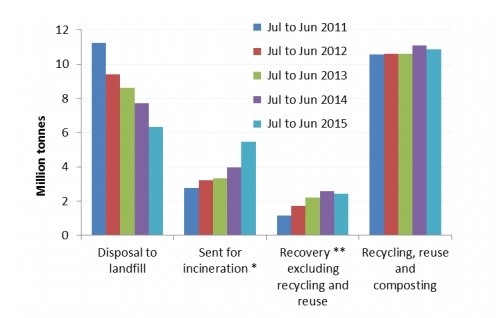 The German biomass sector risks tumbling into a steep decline, reported the German Biomass Research Centre (DBFZ). Current capacity of 6.6GW could fall as low as 2.3GW as existing plants reach the end of their lives around 2035, and policies fail to support new capacity.

Rentech revealed it shipped almost 50,000 tonnes of wood pellets to Drax in the first three month of 2016. Financial results for 2015 and the first quarter of 2016 showed progress in getting its supply contract back on track after it faced issues developing two wood pellet production sites last year.

A tender for the Sutton Decentralised Energy Network (SDEN) was released by Sutton Borough Council. The tender covers development of the system powered by Viridor’s under-construction Beddington EfW plant. The tender concedes a judicial review of the project is "likely.

Engineering firm GE was awarded a contract to design and build a biomass-fired plant by Mechelen-based Belgian Eco Energy (BEE). Veolia will operate the plant when operational in 2019. The contract replaces one originally awarded to Abengoa in late 2014.

MGT Power was looking for a new contractor to build its biomass-fired facility, after Abengoa also pulled out of the project. Abengoa and Japan's Toshiba Corp withdrew due to the former’s much publicised financial troubles.

Södra reported an increase in its bioenergy production, driven increasingly by demand from Denmark, Norway and the UK for products such as wood pellets and shavings to replace coal in industrial facilities as well as for heating households.

Dutch waste management firm Attero was in talks with national and regional gas supply networks over boosting volumes of biomethane in the grid system. The company increased supply to 7.6 million cubic metres of biomethane in 2015 from its Wijster biogas facilities, but wants to do more.

Gasum won a contract from SRV to supply biogas to heat an under-development complex of apartments and shops. The build, which is Finland’s largest ongoing urban construction project, should consume around 8GWh per year of biogas. The deal is a first for Finland and likely a rarity across Europe.

The European Commission cleared Finnish government funding totalling €32.1m towards Metsä’s Äänekoski bioproduct facility’s (pictured below) construction. The facility is expected to become operational in the third quarter of 2017. 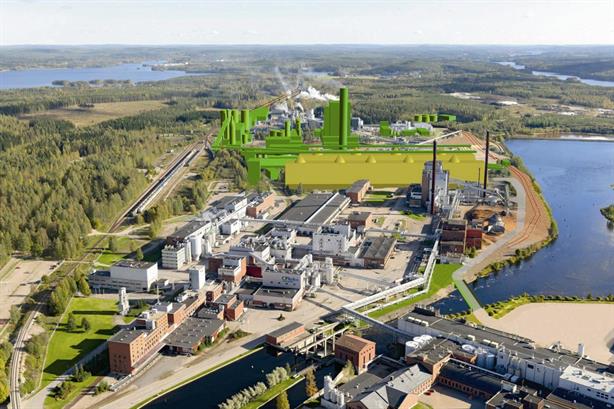 The Finnish ministry of employment and the economy (MEE) granted the under-construction Riihimäki biogas facility €5.38m in support. Gassum invested €20.8m on the project, with biomethane injection due in October.

Air Products was forced to deny is had planned to mothball its under-construction Tees Valley 1 (TV1) waste gasification project. Unite, a trade union, claimed construction could halt roughly four months after Air Products pulled 700 contractors off the build for its Tees Valley 2 (TV2) project after finding an unspecified problem.

Växjö Energi revealed it wrote down the value of its biomass-fired Sandvik 3 cogeneration plant by SEK 265m, about €29m, after only a year of operations. The facility was reported to have cost SEK 1.2bn (€130m) to build, but low electricity prices and government subsidies had distorted the market, claimed the company.

Converting the third unit to biomass at Drax was a major factor in UK bioenergy production rising, March figures showed. The plant increased its biomass-fired output from 3.6TWh in 2014 to 4.5TWh in 2015.

Construction of a £159m (€202m) EfW plant in Belfast is underway. Bouygues Energies & Services has a turnkey contract to build the facility, which will have capacities of 60MWth and 15MWe, from developers Full Circle Generation.

Waste processing may have restarted at Indaver’s fire-ravaged Antwerp facility with one rotary kiln operational again, but two others are due to "take several weeks" to fix, the company said.

Hertfordshire County Council told Veolia to submit a formal planning application for a new EfW plant. Veolia won Hertfordshire's waste management contract in 2011 and wants to build an EfW plant in Hoddesdon, after a different facility was turned down by the government.

Lockheed Martin said it would build a €40m demonstration waste wood gasification plant in Germany using technology developed by Concord Blue. The two US-based companies officially confirmed the go-ahead for the 5MWe capacity facility after two years of work. The facility is due to start up in 2017.

The Parisian district heating company (CPCU), a subsidiary of Engie, opened the converted Saint-Ouen biomass-fired boiler plant this month. The €75m facility supplies about half a million homes or one-third of all of the city’s domestic housing.

Vapo won a deal to build and operate a 6MW capacity biomass-fired fired steam plant for Valio’s dairy in Jyväskylä, Finland. No financial terms were disclosed.

Investment fund Foresight backed construction of a 1MWe biogas plant for the Moray Estate in Elgin, Scotland with £6.2m. The plant should generate about 7GWh of electricity per year from processing about 23,000 tonnes of rye, beet, cattle and chicken manure as well as grass silage.

ENGlobal won a €1.8m contract for the design and engineering of what would be one of the top ten largest biomass-fired plants in the world. The US-based business said the plant would gasify biomass somewhere in Europe.

Planning permission was secured for Carbon8’s £4m facility that will process 50,000 tonnes of flue gas residues from EfW facilities per year into lightweight secondary aggregate in Leeds, northern England.

MKL BAU also confirmed it will deliver and build the steel structure of the Saint Denis biomass plant between 29 March and 1 July. Renewa won the overall construction contract in August last year from Cofely Réseaux.

Westenergy’s EfW plant closed until the middle of May for a longer than usual annual refurbishment. The facility was shut down so bricks covering pipes can be replaced with the alloy inconel.

Petro revealed its largest ever order in terms of capacity for lance burners for three biomass projects in the UK from Babcock & Wilcox Völund. Each of the facilities, in Teesside northern England, Margam in south Wales and Templeborough in Rotherham, Völund ordered two burners, each with capacities of 40MWe.

Initial Medical revealed a new contract with the Lakeside EfW plant, which is jointly owned by Grundon and Viridor to dispose of 19 tonnes of medical waste per year that was going to landfill.

Norwich Powerhouse (NPH) was forced to bring in administrators to oversee the insolvency of the business, putting a planned £370m energy park, fired mainly on straw pellets, in major doubt.