To read the Insight as a PDF click here

Another blow for UK waste gasification

There was more bad news for businesses trying to develop fully operational waste-based gasification in July as another called it quits. Gasification technology developer Energos joined the list of companies that have tried and failed to master the technology in the UK.

Energos’ website says it has built eight gasification plants across Europe, but gives details for only seven, all but one of which are in Norway. Another section lists a further seven facilities as under development.

The only operational Energos plant in the UK is on the Isle of Wight. It was commissioned in 2009, is designed to process up to 30,000 tonnes of waste per year and has a capacity of just 1.8MWe.

Energos’ administrators, RSM Restructuring Advisory LLP, list a replacement for the Isle of Wight plant also due to use Energos technology as an "ongoing contract", alongside other Energos projects in Derby, Glasgow and Milton Keynes.

The Isle of Wight council remains committed to the new gasification project, which is due to be operational in 2018. It is being developed by Amey, which is also delivering the Milton Keynes project, while the Derby and Glasgow plants are the responsibility of Interserve.

A number of other business are also lining up to build a waste gasification facility. Just this month, Chinook Energy’s plans for a 160,000 tonnes per year EfW plant using its Rodecs gasification technology was given planning consent by Nottingham City Council.

The UK’s Green Investment Bank (GIB) has backed several waste gasification facilities such as the 12.3MWe plant, owned by Levenseat Renewable Energy, being built at Forth, South Lanarkshire, Scotland, by Finnish engineering firm Outotec and is expected to cost £111m (€152m) in total.

A spokeswoman for the GIB said its policy towards backing emerging technologies, including gasification for biomass and waste, remained "unchanged" and it would consider projects on an individual basis.

Environmentalists remain sceptical, however. Anti-incineration NGO Biofuelwatch maintains that waste and biomass gasification projects are doomed to fail in Britain. Co-director, Almuth Ernsting, said: "So far, not a single biomass or waste ‘advanced conversion’ plant has ever been operated successfully in the UK, despite numerous attempts."

Tolvik Consulting forecasts that by 2020 UK EfW plants will reach a capacity of 14.5 million tonnes per year, based on operational and pipeline capacity as of June 2016. Allowing for down time for maintenance etc, actual consumption is forecast to be 12.9Mt per year. Tolvik’s full report on the market is due out later this year. 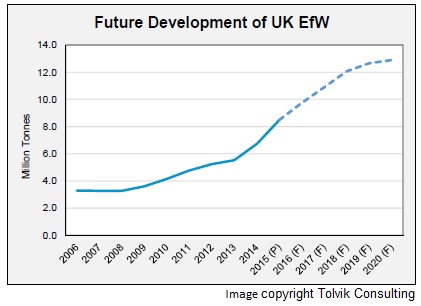 The package increases pressure to reduce emissions from waste and resources management. An accompanying low-emission mobility strategy foresees greater use of biofuels for transport, including biogas. Land-use emissions are proposed to be integrated into the EU’s climate strategy. And governments would be required to record and account for emissions from biomass used for energy post-2020.

Meanwhile, EU cement industry association Cembureau released a report detailing how cement plants could burn much more waste, which it said would contribute to a more circular economy and could avoid the need for €16bn investment in new EfW plant capacity. The European Commission is due to publish a communication on EfW later this year. 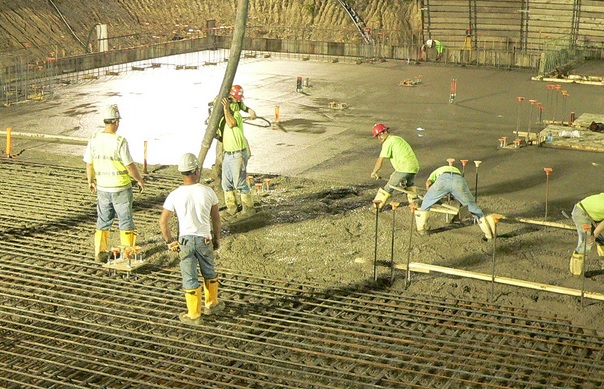 Brexit was a key topic at the annual UK AD & Biogas conference and trade show in Birmingham in July.

Political and business experts warned of significant risks to the UK biogas sector as a result of the 23 June referendum. Judith Kjestrup of Brussels-based strategy advisors APCO said the keyword was "uncertainty". While former UK minister for energy and climate change, Chris Huhne, said there was now a "public finance threat" to the UK’s renewable heat incentive, in part because Britain now faced a likely technical recession which would constrain any government’s ability to maintain subsidies.

The AD and Biogas Association (ADBA), which organised the event, argued that solid progress made by the UK biogas sector was now at risk. It reported that most recent figures showed continuing strong growth in biogas capacity, but a slowing in upgrading to biomethane. 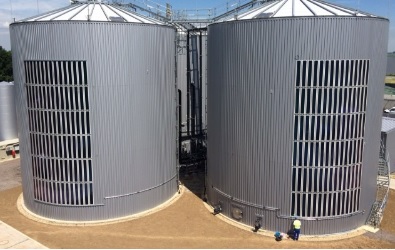 Meanwhile, a UK parliamentary inquiry began looking into whether voluntary commitments go far enough in reducing food waste in England and whether further legislation is needed.

The Dutch government launched its second round of SDE+ renewable energy support funding for 2016, earlier than expected and topped up with an additional €1bn making this year’s total pot worth €5bn.

French association AMORCE raised concerns over renewable-powered district heating in France. Further progress in developing wood-fired heating plants and reusing heat from industrial processes and EfW plants is now "uncertain" due to the fall in fossil fuel prices and a general lack of interest in funding projects, it said.

Ireland postponed a move to a pay-by-weight system for domestic waste collection. The country’s Green Party said the move favoured incineration as charges for recycled waste were higher than for black bag collections.

Also in Germany, the federal office of energy cooperatives (DGRV) said that growth in the sector was slowing markedly, but that more cooperatives are supplying district heat from biomass. It reported said that 65% of heat cooperatives now operate a biogas plant.

The Moroccan government insisted its decision to allow the import of 2,500 tonnes of Italian waste complied fully with international law after more than 20,000 signed a petition opposing the move. The waste, part of a vast stockpile in Campania, is due to be burnt in a Moroccan cement plant.

Clugston said capital investment in new EfW plants driven by the EU’s Landfill Directive was "coming to an end". The construction company revealed it was investing in other markets after financial results, published this month, were down year-on-year.

UK-based Tolvik consulting issued a short update to its UK Energy from Waste Statistics report, ahead of a full update due later this year. It said the amount of mainly municipal waste processed by EfW facilities in the UK in 2015 was 8.48 million tonnes, up 26% from 6.72Mt in 2014.

Graanul Invest, which claims to be Europe’s largest maker of wood pellets, revealed it was seeking certification by the Sustainable Biomass Partnership (SBP). The company made headlines when it bought Flanders-based Langerlo NV power plant, which is currently being converted from coal-to-biomass, from German Pellets earlier this year.

Torrified pellet supplier Solvay Biomass Energy announced an immediate cessation of all business activities. The joint venture of Belgium-based Solvay Energy Services and US-based New Biomass Energy said the market for black pellets had proved too "slow" and it was no longer able to "operate profitably". 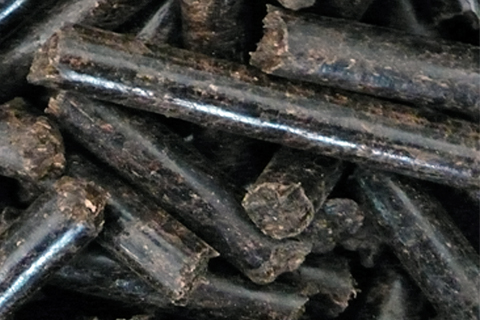 On the other hand, UK-based Active Energy Group (AEG) said it was making progress in commercialising a biomass-derived coal replacement product known as CoalSwitch. It said it had built a new pelleting plant in Utah, in the USA and that samples of its black pellets had been sent to "prospective commercial partners" in countries including the UK, Canada, Ukraine and Malaysia.

KTG Energie reiterated that its entire portfolio of biogas plants was still operating despite the ongoing insolvency of its feedstock supplier and parent company KTG Agrar. The company owns biogas plants with a total capacity of about 60MWe.

Shanks bought the commercial waste arm of Netherlands’ city Leiden, taking on responsibility for collecting commercial waste from more than 1,500 customers. The waste will be recycled or turned into fuel for energy recovery.

Veolia won a contract to process 11,000tpa of municipal waste from Kent at its EfW plants. The waste will turned into RDF at Veolia’s Hersden plant in north Kent under a five-year deal, worth a total of £8m.

R&R, one of the world’s largest ice cream manufacturers, started to send 30,000tpa of process wastes to a biogas and gas-to-grid plant run by Veolia in North Yorkshire after a successful trial.

Spencer Group won a contract to design and build wood pellet facilities at the Port of Tyne in the UK.  The new facilities allow wood pellets to be conveyed mechanically to one of three new silos, each capable of storing up to 25,000 tonnes. The development will support Lynemouth Power Station when it converts to biomass next year.

Hungary’s competition body Gazdasági Versenyhivatal cleared Veolia Energia Magyarország purchase of the Szakoly biomass plant from Bioenergia Muvek Energiatermelo for an undisclosed fee. The plant has a capacity of 19.8MWe.

Building work was halted on Ireland’s largest biomass-fired project, under construction in Killala. The 42MWe plant is being developed by US-owned Mayo Renewable Power and was due to be operational next year, but has run into financial difficulties.

US-based Babcock & Wilcox Enterprises (B&W) revealed problems at an unnamed "renewable waste-to-energy project" in Europe. The company refused to comment further, other than saying fixing the problem will result in a €28.8m ($32m) pre-tax charge.

The Cornwall Energy Recovery Centre (CERC) (pictured below) moved to hot commissioning and will most likely be fully operational next year. The facility is due to process up to 240,000tpa and will have a capacity of 20MWe. 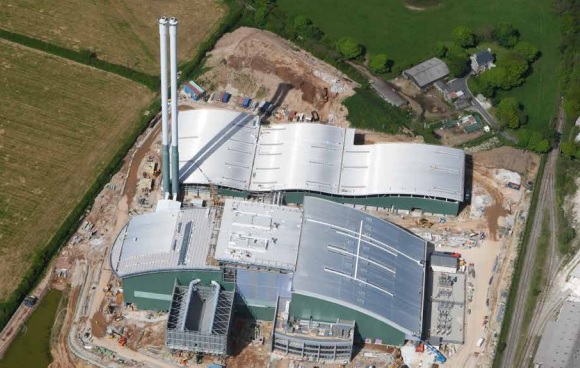 MVV’s Devonport EfW plant in Plymouth was officially opened following six months in operation. The opening was marked by the ringing of a bell cast from aluminium recovered from bottom ash produced at the plant. The 22.5MWe facility can process up to 245,000tpa.

Green Plan Energy signed a biomass supply contract with Hadfield Wood Recyclers to supply up to 45,000tpa of biomass to its 5.4MWe plant in Wrexham, North Wales.  Hadfield operates from three sites in Manchester, Middlesbrough and Essex and recycles 270,000tpa of waste wood.

Clugston revealed that it will "shortly" start building an unnamed EfW plant in Kemsley, Kent. This likely refers to the K3 CHP Facility, which Clugston is building with CNIM. With a capacity of 45MWe the merchant plant will process 550,000tpa and is due operational between 2019 and 2020.

Urbaser Balfour Beatty started site preparation works ahead of beginning full construction of the Javelin Park EfW plant in September. The facility will process up to 190,000tpa and have a capacity of 14.5MWe, it’s due operational in late 2019.

Omrin announced its newest biogas plant had sent it first biomethane to the grid. The Heerenveen-based facility is also the largest such plant in the Benelux region, it cost €5m to build and can produce up to 14 million m³ of biogas per year.

OrangeGas said biogas production facilities it now operates in Mijdrecht and Beverwijk were back in operation after stopping temporarily when former owner Biogast Sustainable Energy went into insolvency.

Two contracts were awarded for construction of a cogeneration plant in Vilnius, Lithuania, by Lietuvos Energija. Rafako won a €178.29m deal to build the biomass element, with capacities of 70MWe and 174MWth. A consortium of Steinmuller Babcock Environment, Budimex and UAB Kauno will take on the construction of the waste-fired unit, with capacities of 18MWe and 53MWth, under a €149.65m deal

Ireland’s An Bord Pleanala extended its timescale to consider an EfW plant application in Ringaskiddy (pictured below) from 12 July to 26 October. The €160m facility is being developed by Indaver, it is due to process up to 240,000tpa. 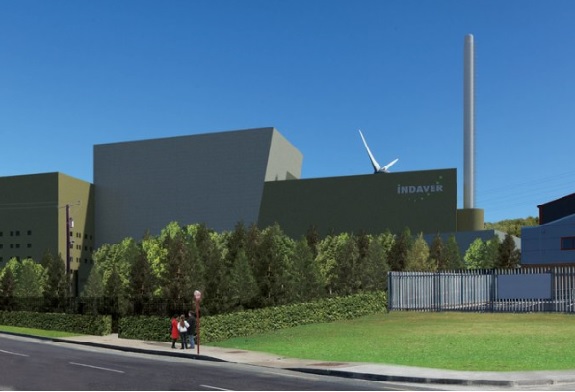 The Portuguese government approved licences for two forest residue-fired 15MWe facilities in Viseu and Fundão. The plants represent a total investment of €100m.

CropEnergies restarted production at its Wilton bioethanol facility, which has been closed since February 2015. The company said it was aiming to improve reliability, energy efficiency and production intensity.