Only a few years ago Denmark imported no waste at all and processed what it could not recycle of its own waste at energy-from-waste facilities. But times have changed.

Just between 2011 and 2013 the share of Danish waste going to incineration fell from 30% to 27% and the volume fell by 7% to 3m tonnes, reflecting increased recycling. Yet over the same period the volume of waste combusted in Denmark remained stable at about 3.7m tonnes.

The contrasting trends are primarily due to increasing availability of foreign waste, especially from the UK, which is impacting Danish business and policy in a number of ways.

One of these was highlighted in September, when heating company Aars Fjernvarmes said it was considering delaying or even dropping plans to invest DKK60M (€8m) in a biomass-fired expansion of its waste-fired heating plant in Aars, north-east Jutland.

However, declining domestic waste gate fees are not necessarily good for Danish EfW plants either, as demonstrated by the city of Copenhagen’s flagship Amager Bakke facility (pictured below), which has had to be bailed out. 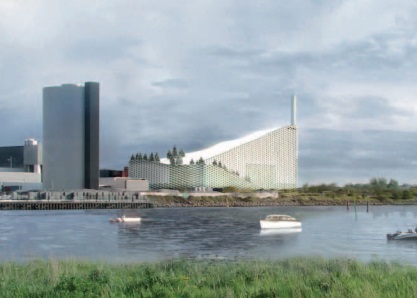 This in turn has led to a further loosening of policies to require Danish facilities to burn only Danish waste. In the case of Amager Bakke, the municipality of Copenhagen has dropped a ruling that the facility should process only Danish waste and increased its permitted capacity by 40,000 tonnes per year.

As a result, the plant could now process 440,000 tonnes of waste per year, about 90,000 tonnes of which would be sourced from abroad. The municipality specifically referenced falling prices of domestic waste and low prices for electricity for its decision.

While Germany’s overall importation of waste for energy recovery falls, dropping from 1.115Mt in 2015 to a projected 1.080Mt in 2016, the amount imported from the UK continues to rise, according to data from trade assoication ITAD. 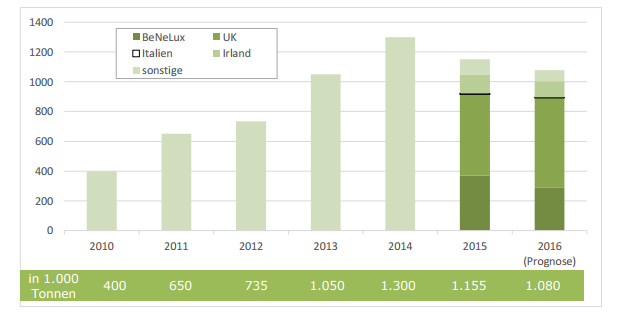 The European heating and cooling sector needs to be based entirely on renewable energy sources by 2050 to be compatible with EU energy and climate goals, MEPs said this month. A meeting of the European Parliament endorsed the EU Strategy on Heating and Cooling, originally presented by the European Commission in February.

European bioethanol lobby group Epure called the Comprehensive Economic and Trade Agreement (CETA) between the EU and Canada a "major threat" to its industry and urged the EU to delay its adoption.

Eleven NGOs called for radical curbs to be imposed on European bioenergy, which they said has been "driven by both badly designed carbon accounting frameworks and policies promoting renewable energy", ignoring sustainability limits. They called on the EU to avoid biomass imports to reduce its overall global resource footprint. 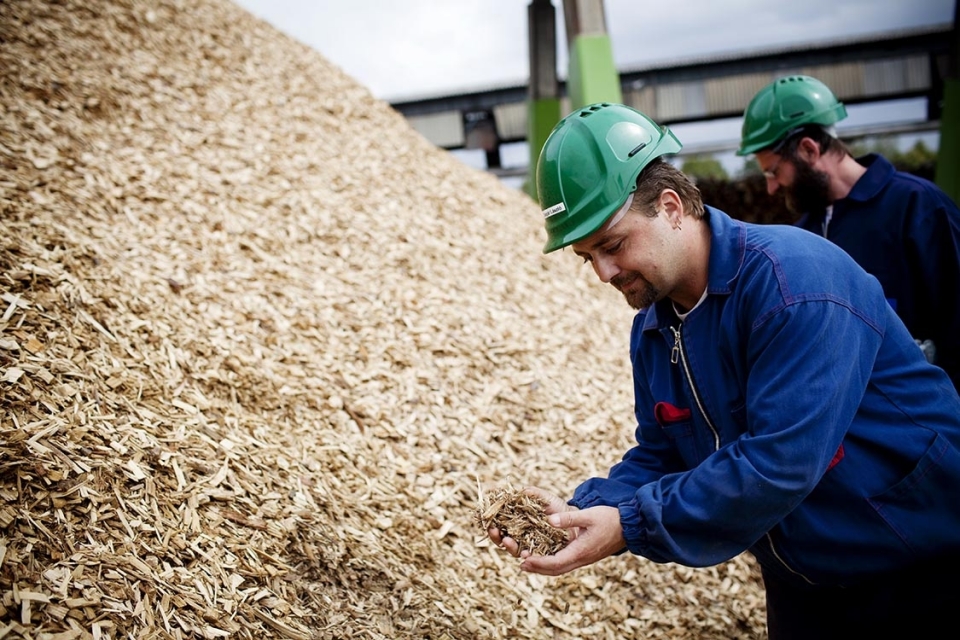 The European Commission approved a renewable energy subsidy scheme in Luxembourg with a total budget of €150m. Operators of biogas and biomass plants, along with wind, solar and hydropower facilities, can apply for the funding until 2020.

A change in German legislation made styrofoam from construction a hazardous waste, which could lead to a "disposal emergency" as it must now be incinerated, according to trade association BVSE. The reclassification exacerbates an already serious "disposal bottleneck" caused by the "rampant import" of waste mainly from the UK for energy recovery.

Investor confidence in the UK biomass sector is ebbing away due to the government’s failure to clarify support for the sector, according to the Renewable Energy Association. September saw the results of a consultation into the contracts for difference (CfD) support scheme. But, potential investors were still in the ‘dark’ over the future of biomass-fired projects as the consultation gave no update on future funding.

EfW plant operators will be forced to take out more expensive private loans if Denmark’s waste market is "liberalised", said the Danish waste association. The Danish government hopes to lower bills and improve efficiency by opening up the EfW sector to private investment. The country’s waste association claimed the opposite would happen.

Development of large-scale biomass gasification facilities is effectively stalled and stronger policy instruments are needed to restart progress, according to a study by the Swedish environmental institute (IVL) and Chalmers University of Technology.

The UK began consulting on rules impeding the adoption of alternative fuels in heavy vehicles. The main aim of the consultation was to implement an EU directive from 2015. This allows lorries, coaches and buses running on electricity, hydrogen and various forms of gas, including biomethane, to exceed usual weight allowances by one tonne.

The European Commission fined Altstoff Recycling Austria more than €6m after it blocked competitors from the country’s waste market. The business said it has changed how it works and others have now entered the market. The company’s latest annual report, covering 2015, says it sent about 30,000 tonnes of waste for energy recovery.

Spain-based ACS Group began the process of selling its waste division Urbaser to a Chinese company. China-based Firion Investments is lining up a deal worth between €1.1bn to €1.4bn.Urbaser is developing the Javelin Park EfW plant (pictured below) in the UK and owns others in Spain, France and Italy. 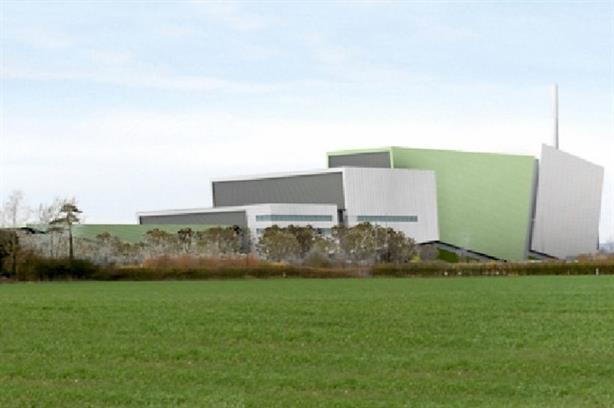 Swiss EfW business Vadec says an unnamed adviser allegedly lost it CHF4m (€3.6) by making bad investments. The adviser "exceeded" their remit and run up large losses, the company alleges. Vadec confirmed a commitment to a more ‘"restrictive practice" of investments.

US-based wood pellet supplier Enviva said it sees the future of bioenergy in Europe moving to smaller-scale facilities alongside further multi-million dollar supply deals with power stations such as the UK’s Drax.

Germany-based biogas plant builder Weltec Biopower said investment in Croatian bioenergy is likely to grow due to "attractive" subsidy packages. The company recently opened a 0.25MWe plant supported by a feed-in tariff of €0.19 per kilowatt-hour of power exported to the grid for the next 14 years.

Major German farming business KTG Agrar was declared insolvent, stoking uncertainty for its biogas subsidiary, KTG Energie, which is now to be sold. Previously, KTG Energie denied it would be affected by the insolvency, but KTG Agrar’s latest statement confirms it will sell its shares in the biogas business in order to clear debts.

UK-based wood pellet maker Land Energy said it would increase production in Girvan, Scotland, by a third following its decision to invest £6.4m (€7.5m). The business plans to increase output from 60,000 tonnes to 90,000 tonnes per annum.

Danish utility company NGF Nature Energy said it wants to increase its biogas development despite revealing that work on four facilities had hit its first half 2016 financial results. The company revealed profit after tax for the first half of 2016 fell by DKK8.1m (€1m) to DKK34.7m (€4.6m), "mainly due" to costs to ramp up the company’s biogas operation.

Lithuanian funding to utility Lietuvos Energija worth €150m to develop a waste and biomass-fired cogeneration plant secured EU state aid approval. The waste-fired boiler is due to have a capacity of 18MWe and 53MWth.The biomass unit should have capacities of 70MWe and 174MWth.

Chinese-owned EEW Energy from Waste confirmed it will add a third line to its Delfzijl EfW plant (pictured below) in the Netherlands, which will be fired on 50% UK-sourced waste. The new line, which will be able to process 200,000 tonnes per year, has a 10-year feedstock supply contract in place with UK-based Shanks for half its feedstock. 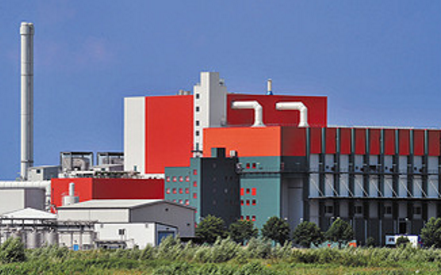 France’s Global Bioenergies and Germany-based Clariant began production of isobutene from wheat straw at a pilot facility in Straubing after 18 months of work. The process involved combining Clariant’s system for the conversion of agricultural residues into sugar-rich hydrolysates, with Global Bioenergies’ process for the production of isobutene from various industrial-grade sugars.

France’s national commission for public debate (CNDP) ruled out a further public inquiry into the development of the Ivry-Paris XIII EfW plant and related facilities. The plant is due to be delivered by the Suez-led consortium IP13, and its centrepiece is a 500,000 tonnes-per-year EfW plant. The plan has been the subject of various inquires since 2009.

Denmark-based engineering company Aalborg Energie Technik won a contract to build a biomass-fired cogeneration facility for British poultry rendering company JG Pears. AET said the facility would have capacities of 42MWth and 12MWe, when operational in 2018.

Netherlands-based Host said that wood-fired boiler plant it is building in Latvia would be its largest ever. The facility will have a capacity of 4.3MW and will supply electricity and heat to the town of Salaspils near the capital Riga. It is due to start operating before the end of the year.

Saxlund International will supply fuel feeding and storage equipment for the waste gasification element of Surrey County Council’s under-construction Eco-Park. The entire site is due to be completed next year. It will gasify RDF and treat food waste in a biogas plant.

The Clyde Bergemann Power Group revealed a contract to supply a pneumatic fuel conveying system as part of the conversion of the Lynemouth Power Station to biomass. Germany-based Clyde Bergemann’s system will convey wood pellets from three new silos to the plant’s boiler, when fully operational in 2018.

Sweden’s Vattenfall revealed its 20MW capacity cogeneration plant in Rostock was providing about 40 tonnes per hour of steam after an overhaul, more than double its previous output. The plant can now produce up to 180GWh of steam per year, according to Vattenfall.

Denmark’s DONG Energy said it was planning to install the reactor section of its REnescience plant (pictured below) in November. The biogas facility, under construction in Northwich in the UK, will be the first in the world to process household waste using enzymes when it opens next year. 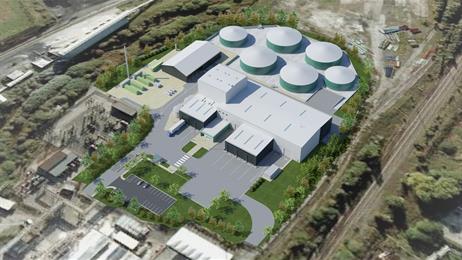 Dutch waste management firm Van Gansewinkel opened a facility for turning IBA into aggregates. The Forz Factory in Zevenaar cost more than €4m and can process up to 200,000 tonnes per year of IBA, which will be made into products such as paving stones.

UK water company Severn Trent said it would build another food waste processing biogas plant after submitting plants to Derby City Council. If successful it would be the firm’s third food waste plant and "similar" to its £13.5m Coleshill biogas plant, which processes 48,500 tonnes of food waste and has capacity of 2.4MWe.

West Energy’s EfW plant in Koivulahti, Finland, was shut down after a leak in its boiler. Work to fix the leak took only a few days. The facility can process about 20 tonnes of waste an hour and has capacities of 13MWe and 40MWth.