The Welsh government has confirmed that work has only “recently been able to recommence” on an environmental impact statement (EIA) for a biomass gasification plant that it said needed one in 2018.

In fact, by this weekend (14 February), it will have been precisely three years since the Welsh government tweeted that it was “minded to direct” that the EIA needed to be carried out. The facility controversially gained planning consent from local authority the Vale of Glamorgan Council without an EIA in 2015.

The same council has since asked the Welsh government to back a discontinuance order for the plant, after a vote last February. However, ENDS understand this would be unlikely to happen while the developer was working with the government on the EIA process.

A year ago, ENDS reported the plant was now “live” under Ofgem’s Renewables Obligation (RO) scheme, indicating it was operating and receiving subsidies. However, there was no confirmation from the developers of the project, which is known as both Barry Biomass and Biomass UK No.2.

The plant is a 10MWe, 86,400-tonne-per-year waste wood-processing gasification facility in Barry, Wales, which ENDS has since revealed last month had been mothballed as of April of last year.

However, the project is now trying to get back on track. The Welsh government last week wrote to those who had registered an interest confirming what ENDS reported last year – that the Covid-19 pandemic had delayed work on the EIA. 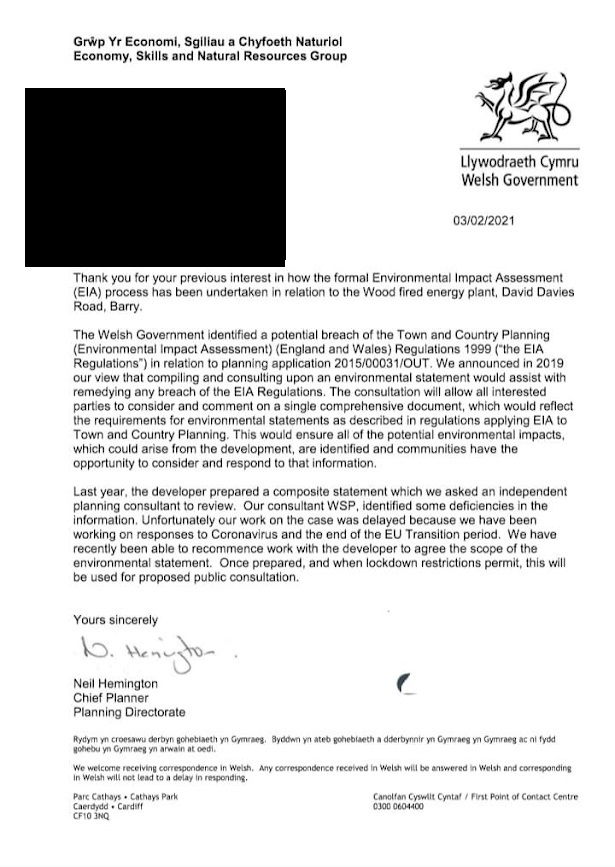 According to the letter, the government’s consultant WSP has “identified some deficiencies” in a draft EIA submitted by the plant’s developer, which it had had to go back for clarification on. But then covid had slowed down its progress.

However, the government previously stated the facility’s developer had submitted the EIA documentation, which was then needed to be reviewed by WSP, in October 2019. This was roughly five months before Covid-19 restrictions were first brought in towards the end of March last year.

The government’s latest letter says the work has now moved forward and that a public consultation into the EIA will be held when “lockdown restrictions permit”.

The developer has also issued a statement about progress at the site. It said “regular discussions with the Welsh government, Vale of Glamorgan Council and Natural Resources Wales (NRW)” were ongoing.

According to the statement: “We have participated in numerous meetings and workshops with the Vale of Glamorgan Council and Welsh Assembly Government [sic] to proactively address any outstanding concerns and will continue to work hard to bring these matters to a conclusion.

“We are currently reconstructing the fire tank at the site which is necessary due to the prolonged period of non-use and the works are to be carried out in-line to ensure the energy plant is compliant with its fire management plan.

“As ever, all operations will be carried out in full compliance with the energy plant’s environmental permit utilising our state-of-the-art flue gas cleaning system and emissions monitoring system.”

However, a group formed in opposition to the facility, the Docks Incinerator Action Group (DIAG), claims the fire tank work mentioned in the developer’s statement has “no planning permission”. 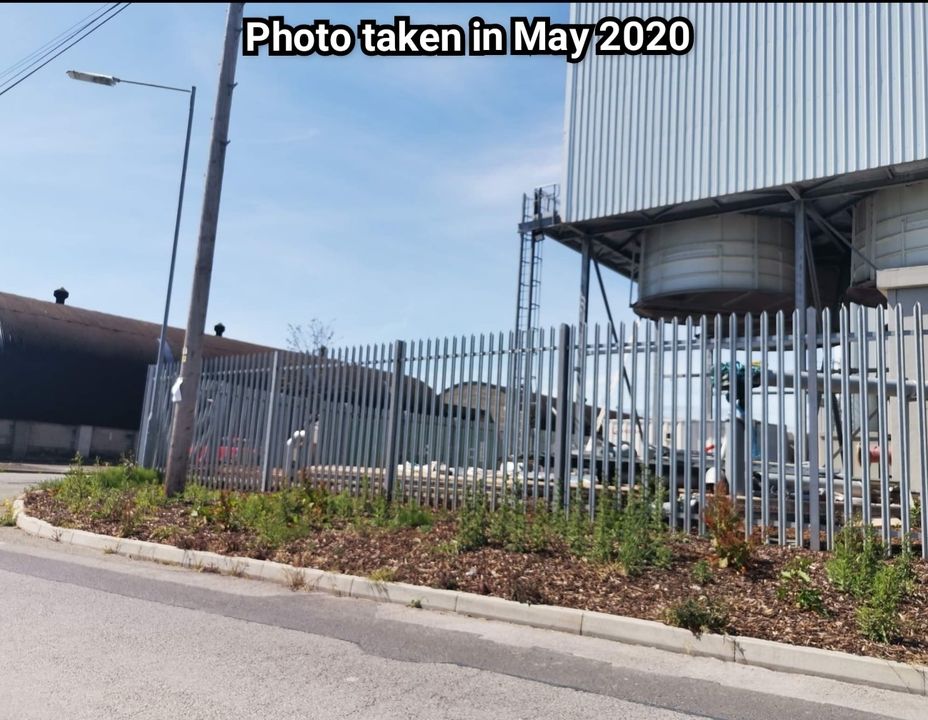 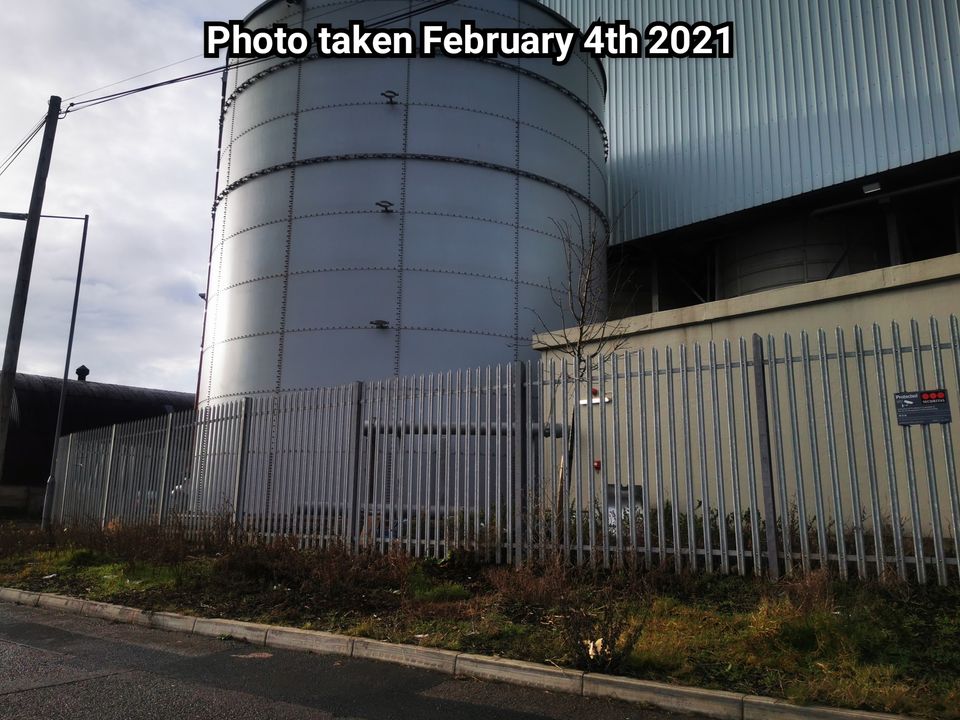 In a statement DIAG said: “A new planning application was submitted in 2017 for [the fire tank] but it would mean an EIA for the whole site. So they pulled the application and decided to stick with the original plans approved in 2015, ie no tank. They had to take it away.

“[Last week] they've put it back. This is unlawful. It's devious. And it's right in the face of the planning dept based at the docks offices.”

Companies House records revealed in October 2019, that Aviva Investors Realm Infrastructure No.3 Limited had taken, either directly or indirectly, a stake worth “75% or more” in the plant.

In May of 2019 the Welsh government admitted a "potential" breach of planning rules may have occurred because no EIA had been carried out before the plant received consent.